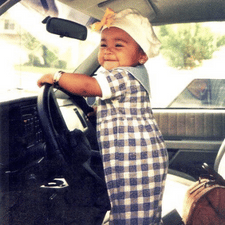 Ariana Alvarado’s career in Applied Behavior Analysis started in Southern California in 2018, where she became a Registered Behavior Technician. Ariana’s area of focus in California was in skill-acquisition for children ranging from 2-14 years old. Ariana provided in-home, clinic, and school-based therapy serving clients with Autism Spectrum Disorder, Cerebral Palsy, and Downs Syndrome. Participating in play-based, child-led therapy, allowed her to pursue her passion of helping others, while simultaneously fulfilling her interest in psychology and evidence-based therapy. During the pandemic, Ariana and her fiancé moved to Arizona and began serving families in the greater Phoenix area. In Arizona, she served adolescents with behaviors deemed complex consisting of high rates of aggression, self-injury and property destruction ranging between ages 14 and 17 years old. As her experience grew, she took on roles in parent and peer training where she discovered a new way to serve the ABA field. Sharing her knowledge and passion for this evolving field allowed her to influence and inspire others to provide top-tier services to the clients served. Ariana joined the Ally team in 2021 as a training coordinator for the West Valley. Ally’s core values and mission have allowed Ariana to represent a company that aligns with her own mission to provide high quality accessible therapy to families in need.

When she is not at work, Ariana enjoys writing, traveling, and spending time with her fiancé and new baby girl.